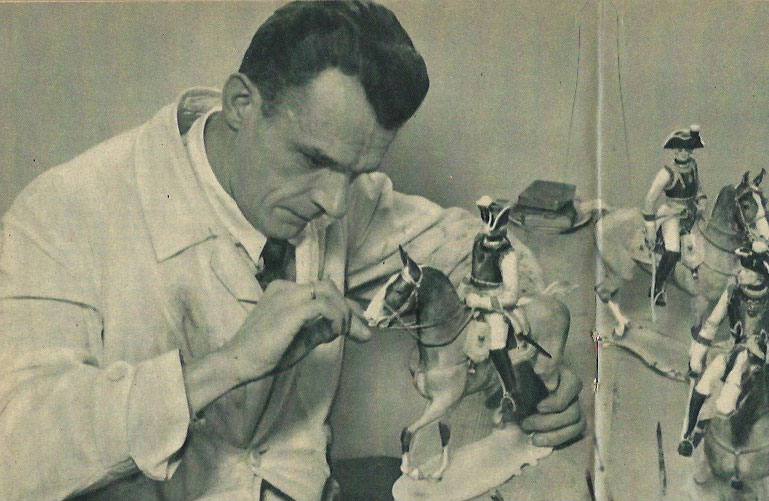 When looking at the models from the Allach porcelain manufacturer, you can see a series of objects, such as traditional costumes, Morisk dancers, soldiers on foot or equestrian statuettes. In many cases, these series come from an artist who mostly worked on the same subject over the years, as did Professor Theodor Kärner, who, in addition to animal figurines, designed all of the so far known equestrian statuettes by the Allach porcelain manufacturer. In the monthly report of December 1941 of the PMA is listed under planning: “Kärner: Panduhr and Ziethenhusar” … and stated: “Prof. Kärner worked on completing the equestrian series, Förster worked on the series “Fußvolk”. “This proves that the equestrian figures and foot soldiers were designed as a series by the PMA.

Theodor Kärner was born on January 10, 1884 in Hohenberg an der Eger and died on September 6 in Munich. Gerhard P. Woeckel judges in the catalog for the memory exhibition in the Museum of the German Porcelain Industry in Hohenberg on the occasion of Kärner’s 100th birthday: “It cannot be overlooked that the artist, who comes from Hohenberg an der Eger and was at home in Munich, also belongs to an elite of sculptors, which made a decisive contribution to the worldwide reputation of German porcelain sculpturing in the first decades of this century.”
An in-depth appreciation of Kärner and his life’s work is unnecessary here, since there is a corresponding publication in the aforementioned catalog for the memory exhibition in Hohenberg.

In addition to a variety of different animal sculptures, the Carinthian creative period runs through the occupation with horse sculptures as a common thread.
The workings of Kärner are stated in the cultural monthly: “Munich Mosaic” from 1938: “If historical groups are concerned, then (Kärner) first acquainted himself with the subject through thorough study of historical costume and zeitgeist sources, designs with the pencil the composition and models the horse and rider with an annoying hand. They are his favorites.”

Before working for the Allach porcelain manufacturer, Kärner worked for Nymphenburg and Rosenthal.
From 1936 until the beginning of the war in 1939, Kärner created 43 models. In addition, there were several special designs. The SS rider, model # 0, is probably the earliest rider representation for the PMA. Theodor Kärner created this equestrian sculpture in 1934. The model number at Rosenthal was 1549. If the model numbers were assigned chronologically, the SS rider could have been finished at the end of 1934, because the model number 1549 is the last one in 1934. That the model 1549 by the Allach porcelain manufacturer continued use from 1936 results from a copy of the SS rider, which appeared in the art trade and, in addition to the PMA manufacture mark, also bears the Rosenthal model number 1549, therefore it was shaped before the PMA model number “0” was assigned to it.

All equestrian figures represent top performances and, due to their rarity, are among the most sought-after and with “high-priced” products that were manufactured in the Allach porcelain factory.

Two other rider figures are mentioned, but they do not fall into this category.

This figure is more of a political figure, so it is suitable for two groups of collectors: the rider and the political collector.

You can also view or download a PDF catalog of all porcelain cavalry figurines here: 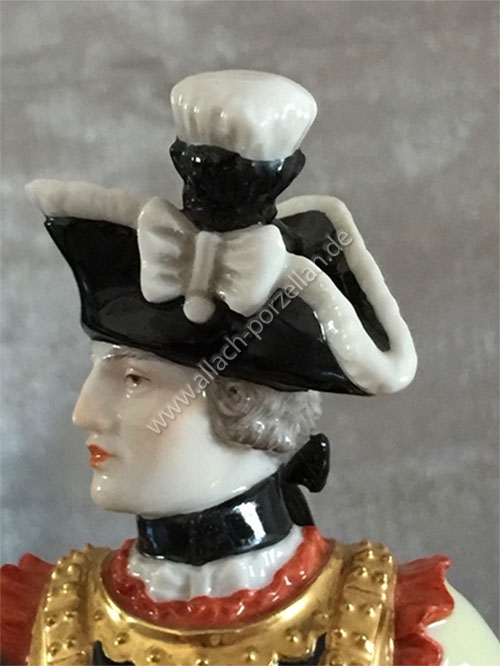 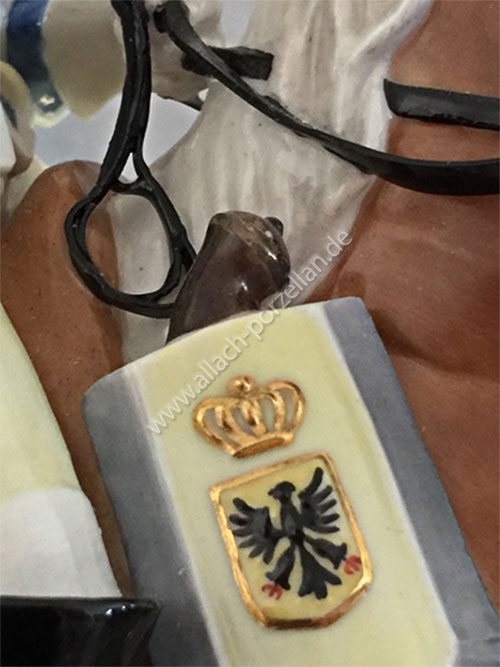 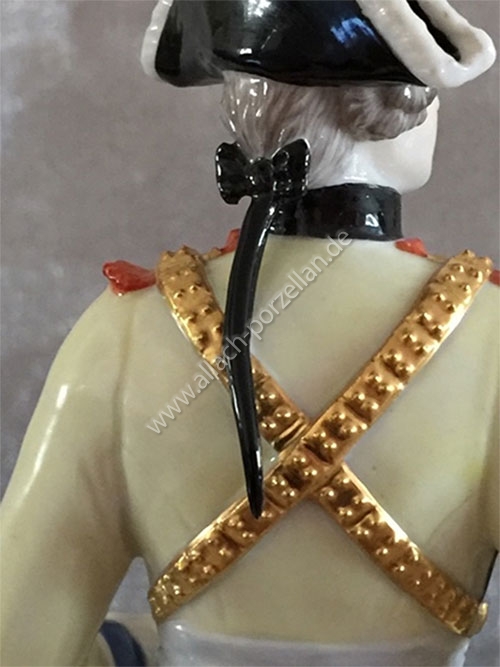 thinner and longer bundle of hair 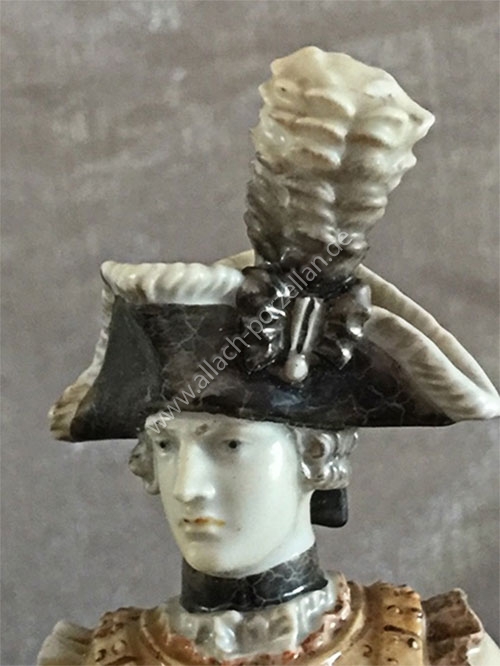 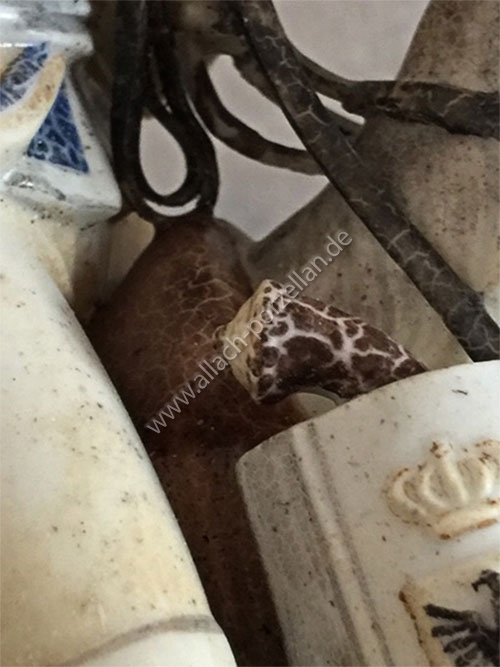 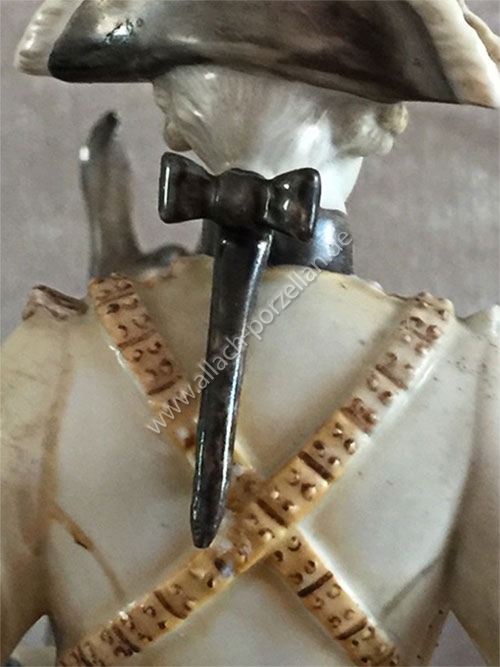 thicker and shorter bundle of hair 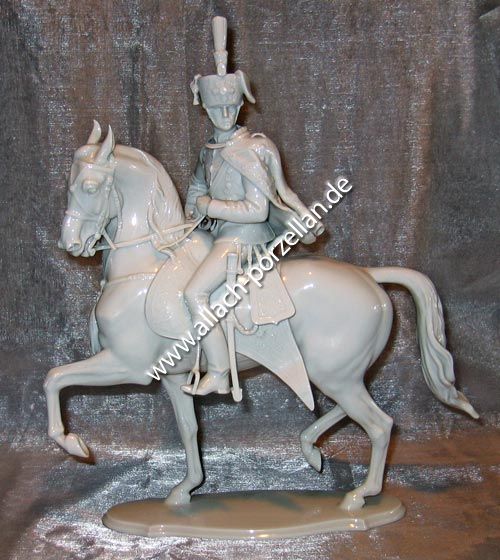 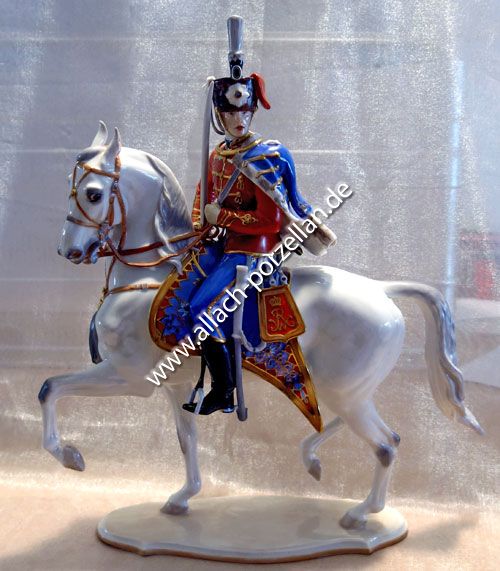 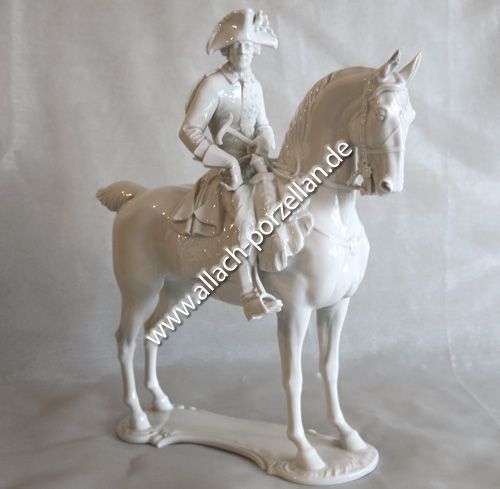 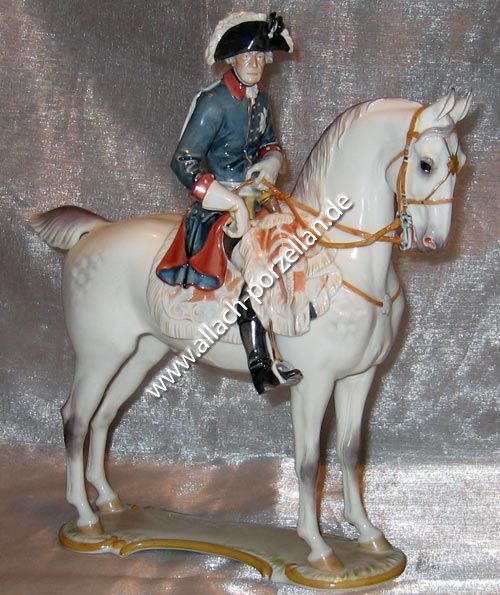 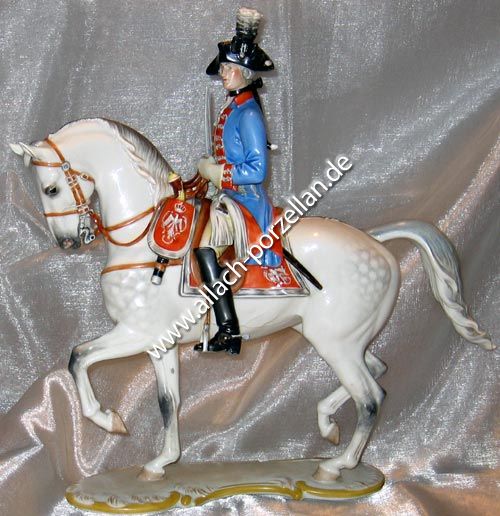 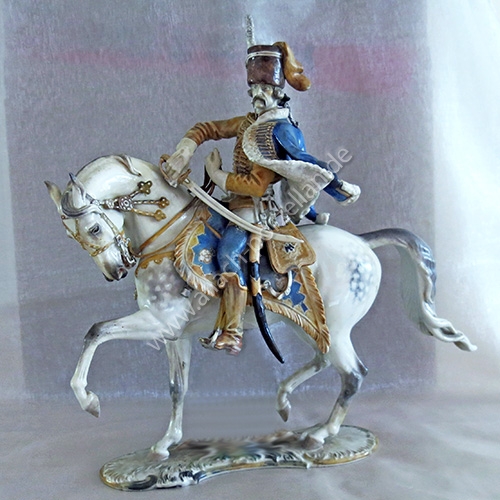