At the Nazi Party Congresses 1933-1938 in Nuremberg, the Schutzstaffel and the Reichsführer of the SS invited specially selected guests to a bivouac evening and, from 1936 onwards, gave the guests a gift made by the Allach-München GmbH porcelain manufactory. A porcelain vase with lettering had also been produced for 1939, but due to the beginning of the war and the failure of the Nazi Party Congress, it was no longer issued.
In 1936 the SS bivouac was housed on the Hasenbuck for the 22,000 ordered SS men. The guest evening took place on the eve of the big march in Luitpoldhain, on September 12, 1936. The date is not known for 1937 and 1938. The official leaders of the Nazi Party rallies do not mention the bivouac evenings in the daily programs. Obviously, these are exclusive events for selected, invited guests only. Therefore, only the period of the party days in Nuremberg during which the bivouac evenings took place can be specified. 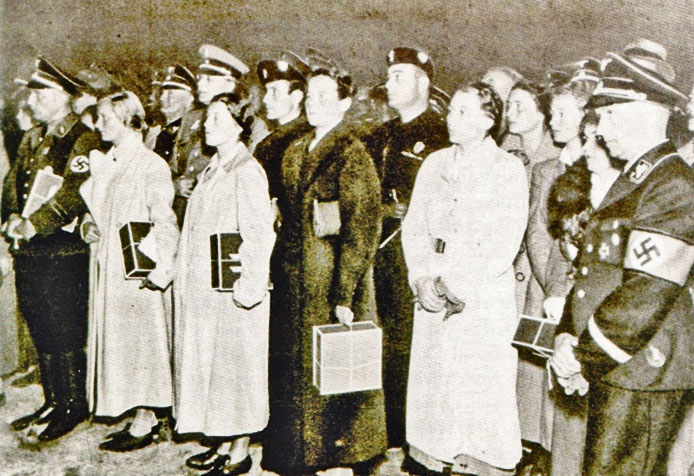 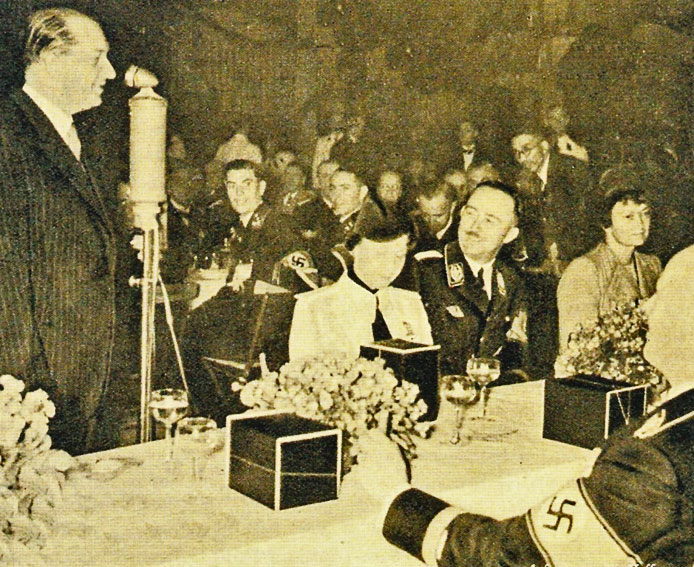 The porcelain gifts are showcase pieces. A daily home use as a flower vase or chocolate candy can would hardly be the case because of the exclusivity of the gift.
As a special feature, the lid box from 1936 bears a blind embossing “SS Porcelain Manufactory Allach-Munich” arranged in a circle. This striking lettering is not known in this way in any other porcelain product from the Allach manufactory. It was possibly intended with this inscription to raise awareness of the recipient of the SS manufactory, which had hitherto been little known and was only founded a few months ago in January 1936.

You can also view or download a PDF catalog here: