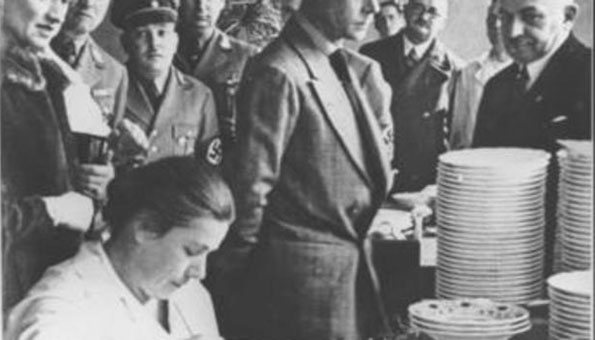 Bohemia continued to produce dishes under its own brand. The reason for the continued use of the original brand was that Bohemia was known worldwide for its excellent products and the discontinuation of this brand could reduce the income from abroad. From 1940-1945 the manufacturer’s brand consisted of the lion in the large B with the word Bohemia and finally the SS runes in the B (blue and green) for the finer dishes.

Here you will find Porcelain tableware sorted by manufacturer: