In 1936, a series of peasant figures, designed by Richard Förster, was started in the Allach porcelain manufactory. It started with the “Bückeburg Peasant Couple”, which was initially only offered in white. In 1938 the “Upper Bavarian Peasant Couple”, the “Gutacher Peasant Couple” from the Black Forest, the “Hessian Peasant Couple” and the “Friesian Peasant Woman” followed and a year later the associated “Friesian Peasant Woman”. Since this series in white form was difficult to sell, it was finally bowed to commercial pressure and in 1938 the peasant figurines were also brought onto the market as colored figurines. Although the colored peasant figures were priced at around twice the price, sales rose significantly.
The background to this series was to make it clear that the farmers were the epitome of “life-giving”, “nourishing German soil” and “healthy German blood”, the “blood and soil” ideology should complement their work with the military. 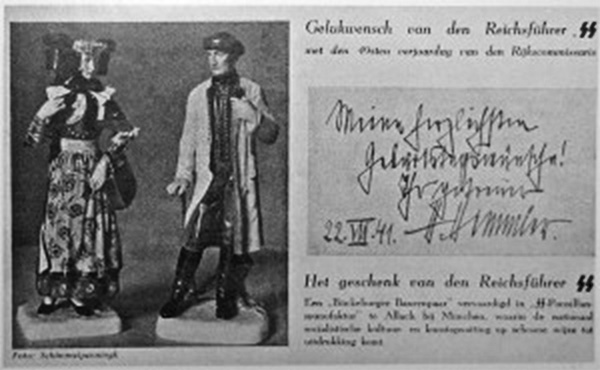 You can also view or download a PDF catalog of all porcelain peasant figurines here: 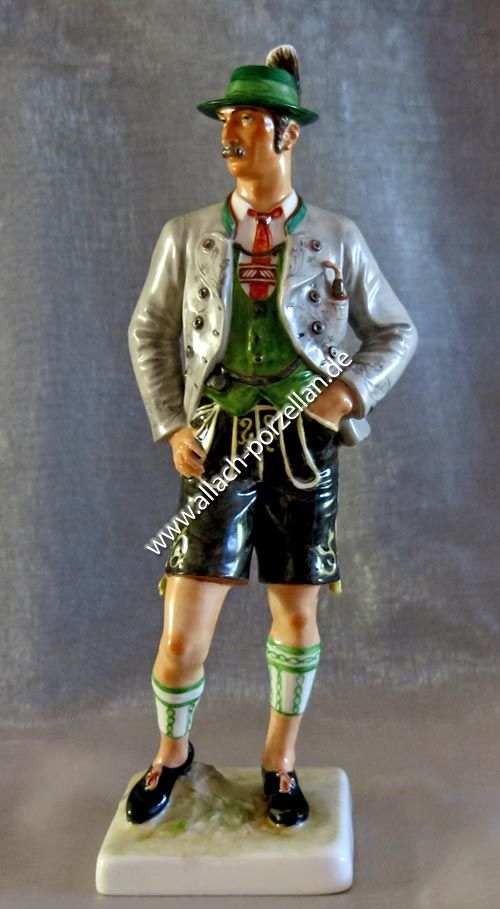 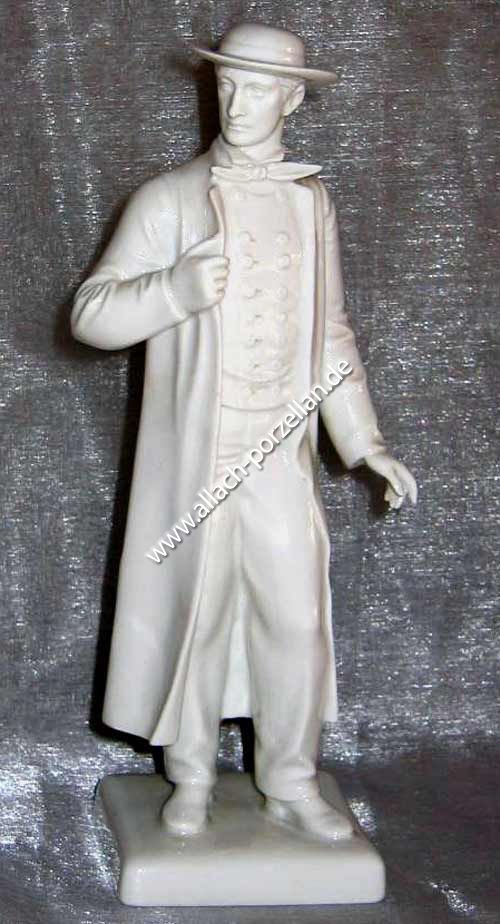 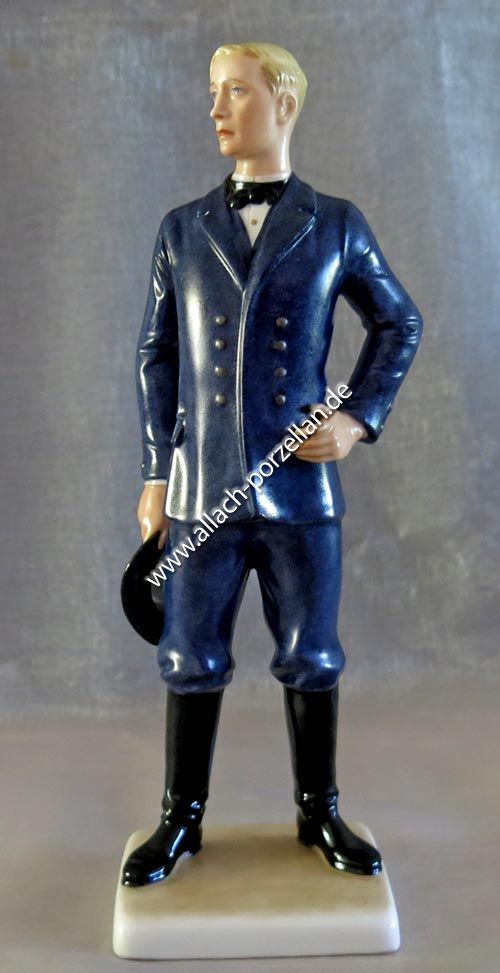 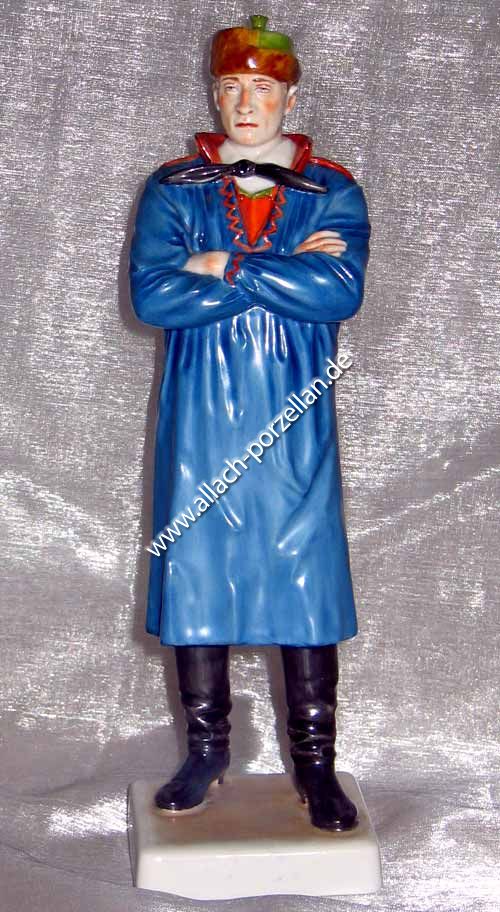